This week Age Scotland launched a report looking at how well Scotland’s decision makers are doing when it comes to making the country a better place for older people.  At a Parliamentary reception on Wednesday evening, Mind the Gap gave MSPs some real food for thought to complement their canapés. 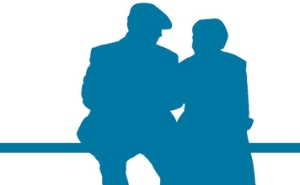 Last year Age Scotland published Looking Ahead, the Charity’s public policy agenda for 2011-2016.  This identified problems, and proposed solutions, on the big devolved policy areas affecting older people; from health to housing.  It set out what actions need to be taken by the Scottish Government, and other decisions-makers, to make Scotland an age-friendly country.

One year on, Mind the Gap looks at what’s changed – for better or worse.  On the plus side, positive steps have been taken to reform our health and social care system, with a bill shortly to come before the Scottish Parliament that might just see an end to fragmentation in services.   Less promising is the situation on fuel poverty, where the Scottish Government has effectively abandoned its target to abolish this by 2016.

On crime older people are, and feel, safer in their communities.  However this doesn’t mean that they are keeping more active – the proportion of people aged over 75 taking the recommended amount of exercise remains stuck at 8 per cent.  Action here is essential if we are turn around the appalling gap between Scotland’s life expectancy and healthy life expectancy figures.

Checking progress on these issues annually is essential if we are to hold Scotland’s politicians to account on behalf of older people, so that’s just what the Charity will do.  And when we gather in the Scottish Parliament for our annual reception, it’s not simply to chat over canapés, but to make sure our MPSs understand what it is that older people want them to do, and that older people will hold them to account for their actions at the ballot box.

What do you think?  Please leave a comment or email our Senior Policy and Parliamentary Officer Callum Chomczuk.