The work of Healthcare Improvement Scotland (HIS) has prompted often less than flattering headlines for our hospitals this year.  This is healthy and now, with the publication of HIS’s first 6 monthly report, a picture is forming of how hospital care for older people looks in 21st century Scotland 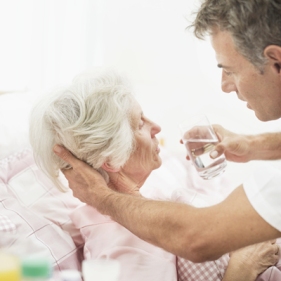 Let’s be clear; our hospitals are not disaster zones.  According to Ian Smith, Acting HIS Chief Inspector; “In the majority of our observations, we saw staff treating older people with compassion, dignity and respect. We also noted that many hospitals have started to make the hospital environment more suitable for patients with dementia.”

Yet the report does give a strong impression of hospital services buckling under the strain.  Often assessments of a patient’s condition on admission, for example with regard to malnutrition, are partial and remain incomplete.  It’s tempting to see paperwork as getting in the way of giving quality care, however in pressurised ward environments with continual staff changeovers lack of attention to record keeping can result in inadequate patient care.

And, at times, busy staff put expediency before patient dignity, with conversations that should be confidential held in open corridors, and language used that portrays patients as units to be processed rather than individuals entitled to rights and respect.

There is no such thing as a perfect hospital, and often good, and less good practice, appear side by side.  Take Borders General Hospital, where inspectors found good quality and well appreciated food, mealtimes that were well managed on some wards, and staff knowledgeable and well informed about individual patient’s dietary needs.  Here, however, they also found a lack of personalised nutritional care plans to provide information about individual patients’ specific needs or preferences.

So NHS staff and managers shouldn’t feel that beleaguered by these reports.  Rather they should view them as a springboard for improvement, with Hospitals and Boards sharing learning from inspections to collectively build on strengths and tackle weaknesses.  It should be possible to fix some recurring problems, for example the use of inappropriate language, at relatively low cost, although changing culture and habit will demand perseverance and focus of managers.

Other issues however, such as the poor environment in some wards and far too frequent late night bed moves, raise serious questions about the resources available to fix them in this age of austerity.  Although pipeline reforms of health and social care should help, by keeping more older-people in good health at home, we also need to ask what kind of hospital care we expect for ourselves, and for those we love, in later life.  And how much we are prepared to pay for it.

2 thoughts on “Improving, but must do better”