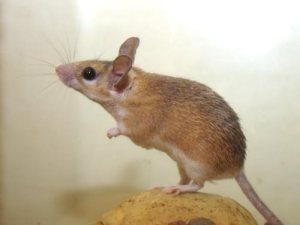 I was admiring the pastry decoration when it moved! The tiniest mouse had strayed into the window display and was happily chomping through a steak pie. A crowd of spectators were enjoying the spectacle until the butcher charged at it, wielding a large cleaver!
You’ve got to admire the little blighters but you don’t want one in your home. They have no compunction about moving in whether you live in a mansion or a hovel. David Cameron reportedly hurled several expletives along with a missile at one strolling across the cabinet office in No 10.

However if you’re Musophobic like me you just want them as far away from your home as possible, pronto, but how?

Let’s dispel some myths. They can climb so don’t think you’re immune if you live on the top floor. They can squeeze through a space as narrow as a pencil. They breed like rabbits and sing in harmony but at too high a pitch for us to hear. Although sociable, they are not Jerry, Mickey or even Rasta, despite what some people, who actually feed them, believe. They eat through cables causing fires and of course eat our food defecating as they go so contaminating it.

They can see you but you may only ever see them out of the corner of your eye hence why you convince yourself that you must have imagined it. You’re unlikely to hear them unless they are trapped in the walls when you’ll be all too aware of their scratching. The only sign of their presence may be small black droppings where they’ve been running. And if you have mobility difficulties or arthritis, it can be difficult to check for further evidence in the likely places, such as under the sink or kitchen kick plates. Then of course there is the difficulty about trying to get someone to fill in all the holes where they are getting in.

Getting a cat may work but there are some felines who are happy to share their food bowl and who will delight in depositing their ‘kill’ at your feet. If you choose a ‘humane’ trap remember someone has to release it far enough from your house to make sure it doesn’t get ‘home’ before you! Electronic devices create noise pitched high enough to force them to move elsewhere, but do you dislike your neighbours that much!

There’s the good old, ‘Little Nipper’, which will snap your ‘intruder’ as it eats the bait – but you have to be brave enough to spring the trap to release the body and dispose of it. Then there’s poison, easy and generally unobtrusive provided you’re not tortured by thoughts of them dying a lonely, lingering death behind the skirting boards or under the floor.

You can abdicate responsibility to the experts. When I took this route my local Council, after informing me that this was a chargeable service dispatched an expert who arrived with the manner of a discreet undertaker, carrying a plain black holdall containing enough poison to take out a small town!

Are you worried that you might have a pest problem?

You should be able to get advice and help in tackling pests from the environmental health department of your local Council. Some, but not all, may charge. You can also get useful online information from Shelter and the British Pest Control Association.