In this new regular column Doug Anthoney looks back at the week’s big news stories about later life. 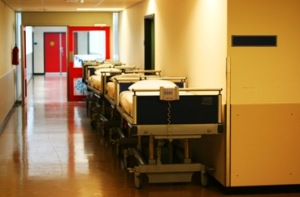 Age Scotland is fortunate to be regularly approached by journalists looking for comment on news about, or relevant to, older people.  It used to be said that ‘today’s news is tomorrow’s fish and chip paper,’ but in the internet age we have to be mindful that our views can circulate for a lot longer, and wider. In this column we’ll share our response to each week’s big stories; uncut by the sub-editor’s red pen.  Wherever possible our comments are based on canvassing of older people’s opinions, and on our policy research. But we’re not infallible, so please tell us if you think we’ve got it wrong (or right!)

The first big story this week was Glasgow consultant Professor Paul Knight, the new President of the British Geriatrics Society, who criticised the lack of training medial staff receive on the complex needs of older people.  Staff may decide, he said, that someone is disorientated because they are older, and not because they are ill, and so miss an opportunity to intervene.  From Healthcare Improvement Scotland’s reports on acute care for older people it’s clear that, despite many caring staff and some very good practice, too often patient assessments are incomplete, ward environments are less than ideal, and staff are at times flippant and disrespectful in talking to and about older patients.  So we agree with him that NHS staff training, both skills and attitudes, needs to be thoroughly reviewed to ensure it meets older people’s needs.

The topic of grandparents’ role in childcare was also hot, with a report showing that almost two thirds of those with a grandchild under age 16 look after them, and almost one in five doing ten or more hours childcare a week.  Are grandparents doing too much, we were asked, in effect compensating for lack of affordable childcare and declining family incomes?  Yes, we said – to an extent.

The bond between grandparents and grandchildren can be very special, and many grandparents are happy to help with caring.  However it has to be a positive choice, and older people shouldn’t feel pressured to put aside their own needs and aspirations because of society’s failings.  With figures out this week showing that the number of people in Scotland working past State Pension Age soaring by 12,000 in the last 12 months, and State Pension Age set to rise, we would also question how sustainable this is.  Government should, at the very least extend rights to request flexible working to grandparents and make parental leave transferrable to them.