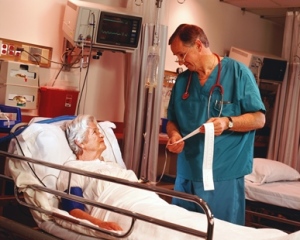 Edinburgh City Council is piloting a programme to install easy-access wet floor showers in the homes of older tenants.  Those who live in the Prestonfield housing estate, are aged over 65, and whose safety is assessed by a housing officer or occupational therapist as a moderate, substantial, or critical risk, will be eligible; a relaxation of the previous criteria.  The Council has estimated that rolling out the programme city-wide would lead to an extra 86 wet floor showers being built each year at a total cost to the authority of almost £320,000.  The decision on full roll out will be taken in the summer.

We congratulated Edinburgh Council on the move, which should improve the quality of life of older people in the community.  With our ageing population it’s vital we develop services such as this, that support people to remain at home, and minimise the need for them to use higher level – and higher cost – services such as care homes or hospitals.

And what could better illustrate the need for preventative spending than new findings from an audit of the care given to hip fracture patients, which reveals that in some parts of the country NHS services are not up to scratch.  The audit found that just 16 per cent of patients reached wards within the two-hour window recommended by national guidelines, down from 28% in 2008.  While some hospitals are responding well to the needs of older people with hip fractures, the extent of local variation in the quality of care is simply unacceptable.

It beggars belief, we said, that incidence of formal cognitive assessments, which the audit recommends for every older hip fracture patient, ranges between 6% and 100%, despite an overall improvement.  The scarcity of geriatric services available to hip fracture patients in some hospitals is also very worrying, with fewer than half receiving routine geriatric assessment.  With our population rapidly ageing incidence of hip fracture is likely to increase, so it’s imperative that Health Boards act now to ensure that best practices become the norm across the country.

Doug Anthoney is Age Scotland Communication and Campaigns Officer.  This post is part of the ‘Tomorrow’s Fish and Chip paper’ article series reporting the hot topics Age Scotland has been discussing with the media each week, and the Charity’s response.